Do you want to explore South West France on holiday? 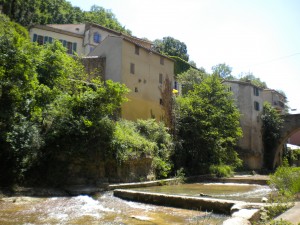 Aude region is named after the river running through the area. The local councils also call the region “Cathar Country”. It is here you will discover the medievil castles, the Romanesque abbeys and cloisters, and natural sites, as well as outdoor activities in spectacular landscapes: walking, hiking, water sports, cycle touring, mountain bike tours, exploring pre-historic caves, and more.

“From the Mediterranean to the Pyrenees, from the Massif Central to the lagoon areas, the Pays Lauragais, the Corbières, Aude presents throughout its territory an outstanding range of landscapes and natural sites. Beach sands, marine lakes, white water from the valley of Aude, forests, mountains and gorges are a natural scenery to practice outdoor activities throughout the year, and discover an authentic land, full of character”.

“With Aude talented chefs, a tradition of seafood, meat or cured meat has grown. The homeland of Prosper Montagné is a stamping ground of the Languedoc cuisine. The diversity and richness of famous Aude wines is based on the authenticity of the lands on which they are rooted; here, cuisine and wines carry the best of marriages”. 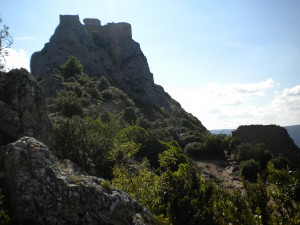 Human traces have been found in the department from 1,500,000 years BCE (Before the Current Era) in the form of hammers and worked tools on the hill of Grazailles at Carcassonne. The most interesting discovery is that of the skull of ‘Tautavel Man’ in the commune of Tautavel in the Pyrénées-Orientales. It is the oldest skull known in Europe. It dates from about 450,000 years BCE. (Wikipedia)

The Romans, installed themselves at Narbonne in 118 BCE which became the provincial capital and a very active mercantile port. The position was strategically important since it stood at the cross roads of two Roman roads as well as by the sea and near the mouth of the River Aude.

Carcassonne became Roman in 30 BCE with the creation of numerous grain farms. For almost two centuries, the Aude enjoyed peace and strong economic growth, until the Visigoths invaded the country in 435. (Wikipedia) 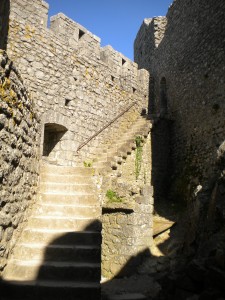 The reference to “Cathar Country” alludes to events in the 13th century when the region saw the development of Catharism, a Christian sect with similarities to Gnosticism. This religion was very quickly judged to be heretical by the Catholic Church. Faced with its growing strength in the counties of Carcassonne and Toulouse, Pope Innocent III in 1209 declared a crusade against them. The result of this was that some terrible massacres of the Cathars occurred with not even children being spared. It is said that in Beziers alone more than 6,000 men, women and children were killed by the Pope’s army. The Count of Carcassonne ended up confronting the Pope’s army alone and the city of Carcassonne became the refuge of numerous Cathars until it too fell thus leading to another series of terrible massacres. 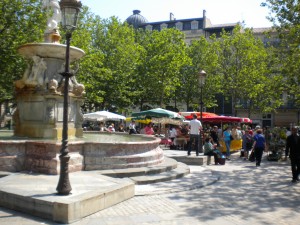 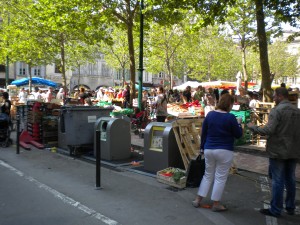 The Carnival of Limoux is an Audois festival which takes place over a period of ten weeks or more. This is one of the longest carnivals in the world. It takes place in the town of Limoux on the Place de la République every weekend from mid-January to late March. It is characterized by bands in Pierrot costumes (known as ‘les fécos’) accompanied by musicians. In the region around Limoux, a major celebration of gastronomy, known as ‘Toques et Clochers’ (literally, ‘Hats & Steeples’) and organized by the ‘Vignerons du Sieur d’Arques’, takes place over the weekend of Palm Sunday. It permits the sale of a large quantity of wine in order to restore the local heritage. (Wikipedia)

Aude is under the influence of a Mediterranean climate. The summer is often hot and dry, which is favourable to the culture of the vine and the olive-trees. Yet, the region has contrasts: In the north, the Montagne Noire and, in the south, the Pays de Sault, have a mountainous climate with temperatures sometimes very low in winter. In the west, the climate is under Aquitaine influence with more precipitation while in the east the climate is purely Mediterranean. In the centre, in the Limouxin, Carcassonnais and of Razès areas, the climate is known as intermediary. (Wikipedia). Temperatures in summer can be in the high 30s in the day and low 20s at night while in winter night time temperatures can sometimes fall below zero bringing snow.