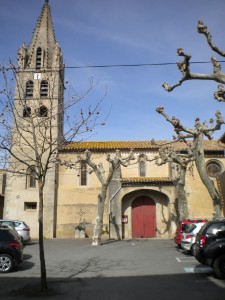 The holiday cottage for rent in France is in the vibrant village of Villemoustaussou, 5 minutes drive from Carcassonne with its beautiful medieval city and double walls.

There are the local Languedoc-Roussillon wines, olive oil, cassoulet and oysters or la brandade de Nîmes.
Languedoc was a dominion of the Counts of Toulouse — independent principalities in southwestern France — until the thirteenth century when it became a possession of the French Crown. The language of the south, Occitan, flowered from the eleventh to thirteenth centuries when troubadours traveled to the seigneurial courts reciting their works.
Your accommodation in the village is set in the plains and vineyards of this historic area.

Close to the holiday accommodation there is the Canal du Midi. There are also music festivals, art galleries, and colourful local markets, including in Villemoustaussou itself during summer. Drop into one of the cafes in the centre of Villemoustaussou or go to those in neighbouring villages. There are also special celebrations for Christmas, New Year and Bastille Day. 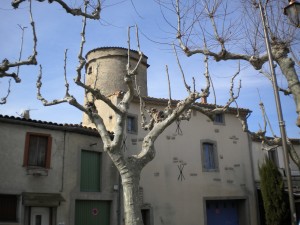 The south west of France is famous for its food: confit du canard, cassoulet, foie gras, truffles and saffron are all specialties of the Quercy region which has some influence Languedoc area. However the cooking traditions in Languedoc Roussillon mainly have roots in the same primary products as those in Provence. The main ingredients in Languedoc Roussillon cuisine are olive oil and tomatoes, garlic, onions and aromatic herbs. The Greeks planted there probably the first vine in France. It was 500 years B.C. A long time before the Romans, although they dramatically improved the wine making process themselves. It remains the source of some of the most drinkable wine in France. French food in this region can make your vacation rental something special.

The main important specialties are:

These can all be found in the region

The gite, is next to one of the old stone gates of Villemoustaussou village. There are no steep streets and a cafe-bar and two bakeries (Boulangeries) are just 100 metres away. The vine yards begin just a few hundred metres from the house, it is a charming way to experience the real French way of life from your holiday accommodation. Along with nearby towns it has markets at various times of the year. 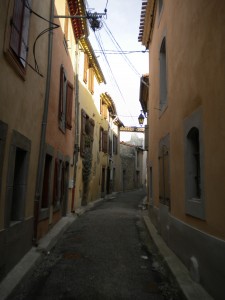 Surrounding the gite are unspoilt valleys with sweeping fields of grassland, sunflowers and grapes. The roadside verges and meadows are home to wild flowers. Temperatures in the area are around 10 – 22C in April, through to days in the 30s in July and August. The population of the village is around 3,000.

The accommodation (holiday house, holiday cottage, gite,) is uniquely placed in the Languedoc-Roussillon region in South West France, allowing easy access to Carcassonne, Narbonne, Canal du Midi, Beziers and Minerve or Castelnaudary, If you would like to rent the cottage go to the tariffs page for a booking form. 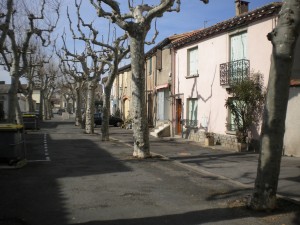 In and around this village in France are antique shops, brocante markets, galleries and art and pottery exhibitions. During the summer most villages and towns also have an exhibition featuring artists of their village or town. 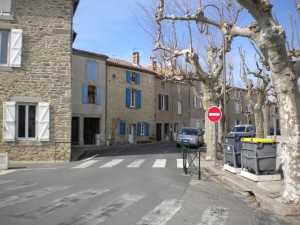 Brocantes are markets for the sale of antique and vintage items including furniture. Vide greniers are like trash and treasure sales, garage sales or boot sales, by village and town inhabitants. By tradition, these are usually held once a year at the same time of the year. August is the best month especially the second half of the month with at least 10 vide greniers per week in the region.